This past weekend, I went back to my university, Simon Fraser, to walk around the campus. I hadn’t been there since 2008 when I returned for my convocation ceremony. I’m in Vancouver for two weeks thanks to a work trip, so I used some of my free time to go up to SFU. I’m not sure if I did this in hopes of reigniting some kind of nostalgia or bringing back a wave of memories, but I wasn’t expecting the experience that I had: I didn’t feel anything.

Sure, certain buildings and spots around campus reminded me of things my friends and I had done or classes I had taken, but I felt completely removed from those memories. It’s not so much that they didn’t feel like they never happened, it just felt like they were gone. They’re not part of my life anymore. SFU is no longer part of who I am. That’s a strange thing to think about a place that, without question, helped shape the person I have become. But what hit me as I walked around was that I no longer belong there. It’s not my place.

That’s a weird feeling to have about somewhere that played such an integral role for 4+ years of the most formative period of my life. When I was last at SFU in 2008, I was overwhelmed with nostalgia and an almost unbearable longing to go back and experience it all again. To be honest, I half expected to feel that way this time. I thought walking past old classrooms, residence and The Peak office where I spent so much time would make it all come rushing back. But that didn’t happen. 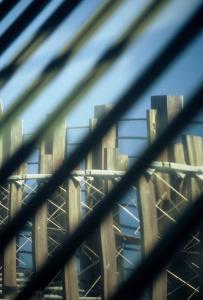 Seeing homemade posters of candidates running for student government made me smile at the thought of the futility of it all. The cloud of fog passing over campus made me wonder how we ever endured months of total dreariness. The new buildings and renovations of older ones made me realize every university student probably never gets to see the full benefits of all the tuition they paid. Everything there felt familiar, but no part of it felt like home.

And it was strange for me to realize that it’s not my home anymore. SFU belongs to other people now. As it has since I finished my classes in 2007. Universities have ever-changing ownership, at least in the way students and teachers help shape and define the post-secondary experience. As much as I want to feel like I still belong at SFU and believe that I still mean something to that school; I don’t. 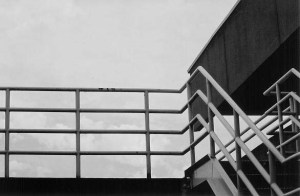 This is a hard thing to realize for anyone who had the standard university or college experience. And I think a lot of people probably can’t ever really accept it. We’re constantly told university is supposed to be the best years of our lives and all that. But I don’t think anyone should ever think in such definitive terms. I’m glad for what happened to me when I went back. I’m glad I didn’t feel like I belonged. I’m glad I didn’t ache to go back. The last thing I would want to do is live my life clinging desperately to four years as the only part of it worth remembering, cherishing or wanting to experience again.

There should be more to life than nostalgia.

I don’t know how many of you reading this are baseball fans, but I assume at least some are Will Ferrell fans. So you might have heard about him playing every position for 10 different Major League Baseball teams in one day. It’s important to point out that he was playing in Spring Training games. It’s even more important to point that he did this to raise money for charity. Because as much as this was a media stunt, it was for a good cause.

Now, I’m usually the first person to let his cynicism make him question whether he’s allowed to enjoy or approve of something like this. I’ll admit that when I first heard about Will Ferrell doing this I figured he was just doing it to promote Semi-Pro 2 or something. Or he was using his celebrity status to fulfill a childhood dream. But then I watched some video from the day.

Will Ferrell look ridiculous out there. Of course he did. He’s in his 50s. But he still made the play. And more to the point, I enjoyed watching him and clearly so did the players on all the teams. Why? Because it’s Spring Training. The games don’t mean anything. The games are meant to get players tuned up for the season. Sure, some players are competing for rosters spots, but Will Ferrell played for one out at each position. He hardly had any impact on the future of any fringe big league players. He had fun and so did they.

So why, exactly, is John Madden — former NFL head coach and current video game shill — chiming in? Because apparently he thinks what Will Ferrell did “lacks respect” for the “game.” That’s right, John Madden is complaining that a famous comedian isn’t respecting a child’s game played by adults for ludicrous sums of money.

John Madden probably doesn’t care that Ferrell raised money for cancer. Realistically, he probably doesn’t even know. The man’s a fossil that travels the country by bus because he’s afraid of flying. No, John Madden only cares about “respect.” Even though he plays in the AT&T Pebble Beach National Pro Am golf tournament which, at its core, is the same thing. But he dismisses the comparisons by saying Pebble Beach has tradition that goes way back to Bing Crosby (himself a shining example of respect).

And with that, John Madden shows why he represents everything that’s wrong with professional sports right now. All the old timers (players and media alike) constantly whine about how things aren’t like they used to be. They say there’s no respect, honour or integrity. Tradition has been forgotten.

Baseball players are too flashy, show too much emotion and look as if they are enjoying being paid millions of dollars to play for three hours a day. NHL players are soft now. There’s no grit in hockey anymore. No fighting. NFL players run their mouths during media scrums when really they should keep quiet. They talk too much shit after games. They should obey the code of silence so they don’t humiliate the losing team.

Put simply: no professional player is allowed to do anything that might give them a personality, make it seem like they enjoy their job or use all of their skill to their full potential.

As a sports fan I ask, where’s the fun in that?

We all watch sports because they are fun to watch. We watch for pimped home runs, end zone dances, emphatic dunks and even breakaway goals. We watch because players that show off are either the ones you love (when they’re on your team) or the ones you love to hate (when they’re not). We don’t watch for cliched quotes, stone faced benches and gentlemanly handshakes after a championship win.

That’s why people were excited to see Will Ferrell to play baseball. It was silly. It was harmless. It was fun.

Fans don’t care about respect. They care about enjoying the game. Something I doubt John Madden (or 95% of sports media) could ever really understand.